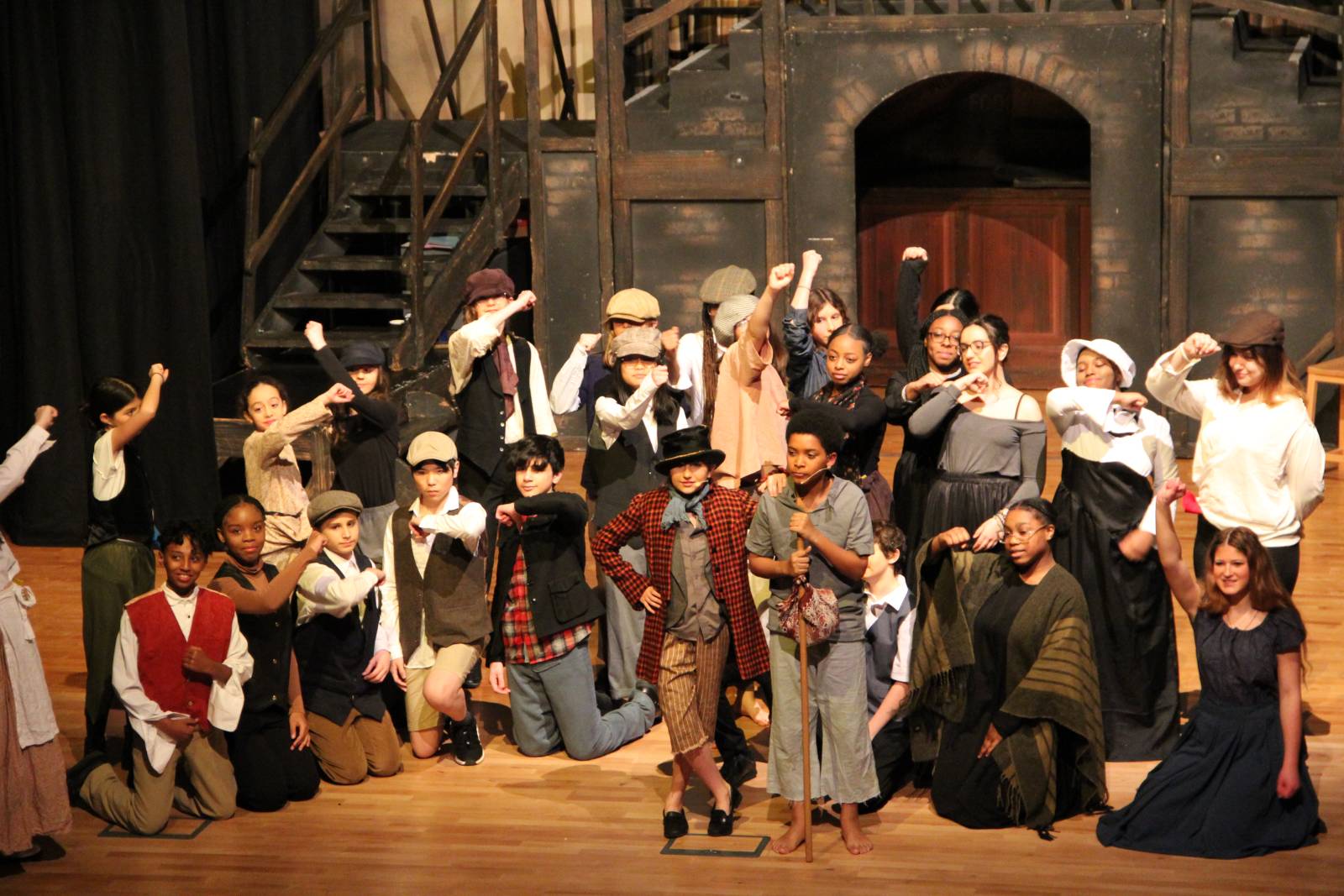 Posted at 15:36h in Announcement, Events by Benita Bordage 0 Comments
0 Likes
Share
Mrs. Tomlinson writes: Oliver! is a classic musical and the Dickens story that it comes from is still spawning TV adaptations and plays to this day despite the dark themes (take the recent ‘Dodger’) One of the reasons why it is so long-lasting as a musical is the amazingly catchy songs and the larger-than-life characters.
Our Academy production showcased not only the talent of our students but was also gender and colour blind casting which really embraced our diversity and meant that the roles really came to life. Who knew a female Fagin could be quite so effective?
Added to the talents of the cast were our tremendous backstage team. Our lighting and sound team had been training weekly since September and ran the tech box without adult assistance. Our backstage team was led by a stage manager who had applied, and been interviewed for, the role and the whole team dealt with whatever emergencies live theatre could throw at them (and there are ALWAYS some) with poise and professionalism from their hub of the props table.
The chorus, this year, were definitely one of the strongest we have had and sang with gusto and appropriately to whichever characters they were playing, be it orphans, urchins or ‘merry’ pub-goers, with apparent ease. They all played so many roles and truly were the backbone of the show.
Once again it was a privilege and a pleasure for myself and Ms Hetherington to work with students from Year 7 right through to Year 13 who became a real working theatre troupe – friendships were made that spanned ages barriers and year group cliques and the memories of the show will, most definitely, be long lived. 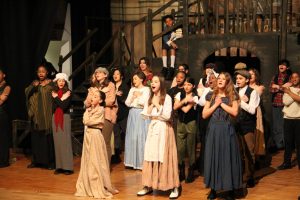 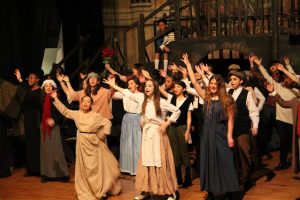 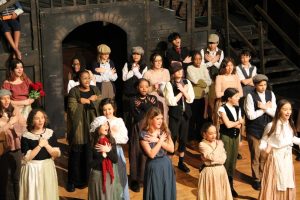 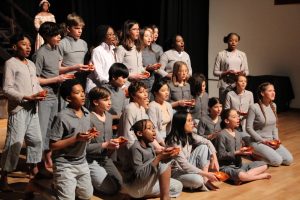 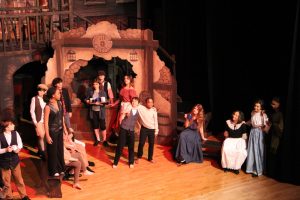 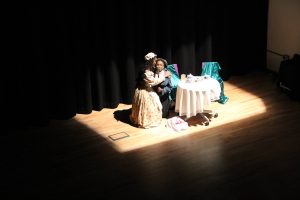 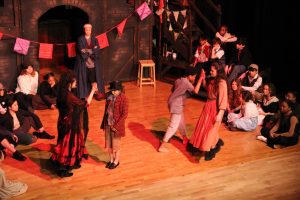 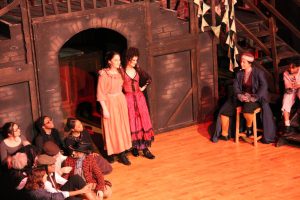 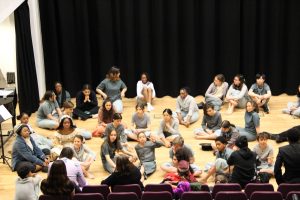 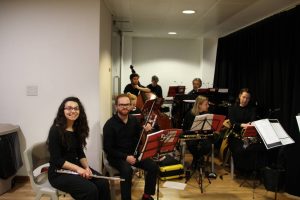