We have had an extremely exciting time at Chelsea Academy for sports teams and individuals alike.

On Tuesday 28th February and Thursday 2nd March, we saw very competitive activity in the form of our Inter-house Basketball Tournament. Y7, 8 and 9 competed for the title on Tuesday, with Einstein leading the way to win overall. Y10, 11, 12 and 13 took to the court on Thursday with Lister being the House to make a clean sweep into the finals and going on to win. A special ‘well done’ is due for Quincy in Y13 who couldn’t be kept away from the basket as he dominated the finals.

Chelsea Academy are also delighted to share the news that we have two of our students who will be competing in the London Youth Games in July. Nicholas (Y10) and Antonio (Y11) both won their qualifiers for the Games and will now go on to represent the Royal Borough of Kensington and Chelsea for Rowing in the summer. Congratulations! 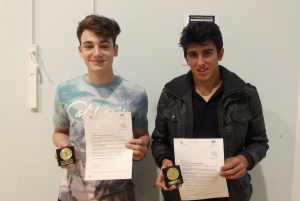