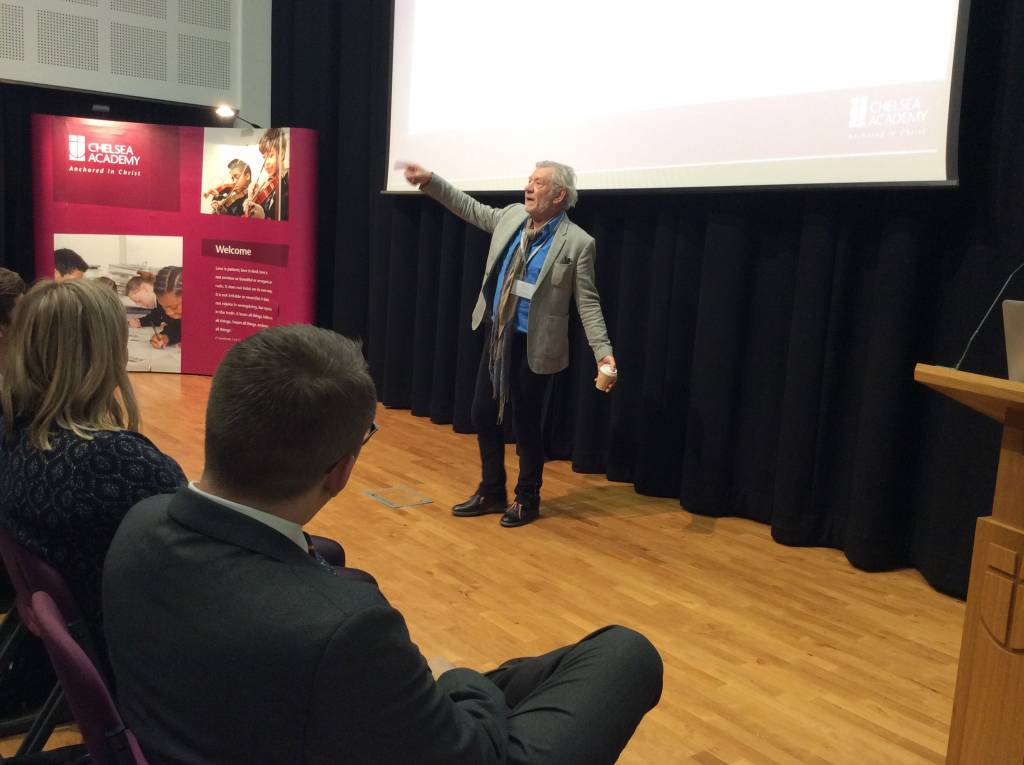 Chelsea Academy were delighted and honoured to host Sir Ian McKellen on Friday 24th November as part of our commitment to being a Stonewall Schools Champion. Sir Ian McKellen is a founding member of the Stonewall charity, who campaign for the equal rights of LGBT individuals.

Students from Year 11, 12 and 13 were treated to a passionate and charismatic speech from Sir Ian McKellen, who outlined to them the history of his career, his life as a member of the LGBT community and the work that Stonewall continue to carry out. Students and staff were also entertained with a stellar performance from Sir Ian from William Shakespeare’s Sir Thomas More. The passage was particularly poignant, as it dealt with the theme of human equality.

He completed his morning with us by meeting with a group of students who have been championing LGBT equality in their own time, and then met with key members of the pastoral team. 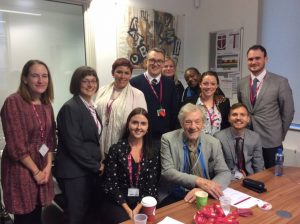 Sir Ian McKellen was very complimentary of the Academy, staff and students alike, and we look forward to continuing our work with Stonewall as a Stonewall Schools Champion.