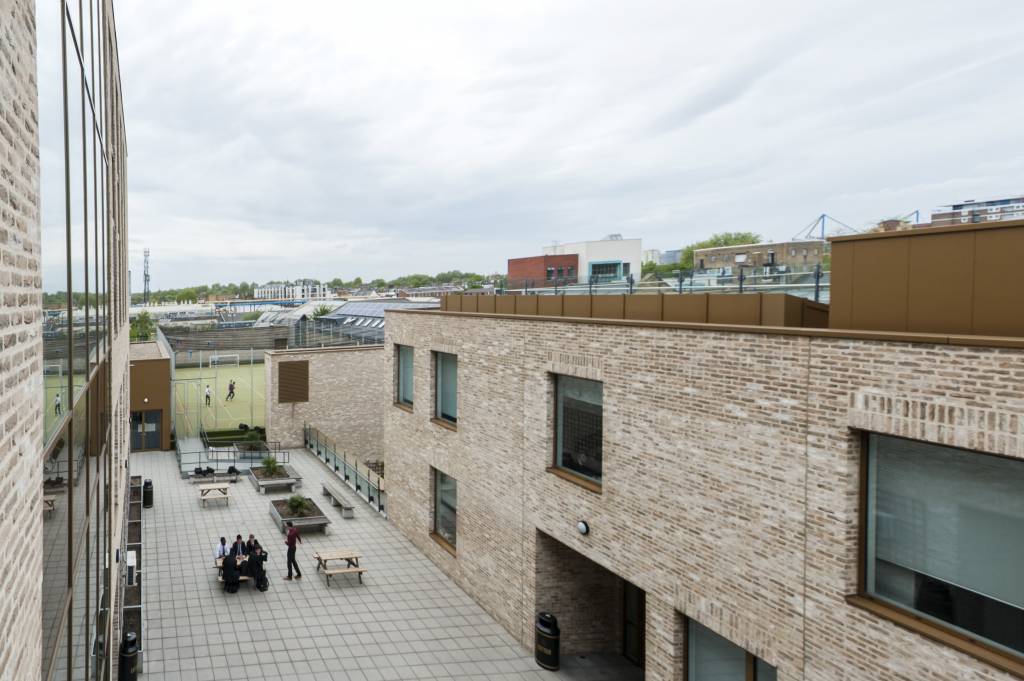 The Chelsea Academy Foundation is an independent charitable organisation that supports the Academy. The Foundation’s Board of Trustees comprises a team of dedicated, local volunteers with a passion for education and supporting their local community.

After graduating from Durham University with a degree in Politics and Social Policy, Sue spent 13 years in Procurement roles, working in the furniture, travel, telecoms, and FMCG sectors.   The arrival of children in 2004 marked a change in direction, though negotiation skills are very much still required when dealing with her two boys, Jack and Luke.  When Jack started school, Sue decided to get involved in education as well, spending eight years as a Governor of a local primary school. She became a Parent Governor at Chelsea Academy in the summer of 2016, where she is keen to strengthen the links with the parent body and encourage parental involvement in school life.  As a fluent Italian speaker, Sue takes every opportunity to travel to the region of Abruzzo in central Italy, where she continues her quest to produce the perfect risotto.

Simone is General Counsel of a high tech company. In the past she has served on development committees of several educational charities.

The recipient of the 1978 Award of the Italian Physical Society for his research on General Relativity, Dr Caderni has been a European Space Agency Senior Fellow at Cambridge, a Fellow at the Institute for Theoretical Physics of the University of California, and a Professor at the University of Pavia in Italy. Next, Niccolo developed an interest in the then nascent field of technology transfer, and heeded to a new calling as a technology strategist. He has worked at Bankers Trust International, was a Managing Director at Phillips, the third largest auction house in the world, and a Senior Advisor to the Bentinck Thyssen family. He also served on the Board of the Centre for European Policy Studies in Brussels. In 1997 Dr Caderni co-founded IPG AG, a technology incubator, with a portfolio of new media companies focusing on the delivery of digital content, and in 2000 was elected Chairman of the Board of Webiz Holding BV, the private equity fund of the Italian utility giant ENEL, Europe’s second largest energy provider. From 2005 onwards, Dr Caderni has contributed to a number of initiatives leveraging on his interest and experience in technology, private equity, art collecting, and the fostering of innovation. He is Chairman of ETT Solutions Ltd, a company offering multimedia interpretations to museums and cultural venues, a Director of Unit9, a leading digital agency, as well an advisor to a number of financial institutions.

Astrid started her career working as an investment banker with Credit Suisse and Goldman Sachs. She then joined Goodman Group, a global real estate investment management firm, as Head of Corporate Transactions and member of the European Management Committee. Astrid was subsequently a co-founding Partner of Isabella Capital, a credit-focused hedge fund investing principally in European high yield. Astrid is currently Director of Corporate Transactions for LakeSprings, Bruxelles. Astrid holds an MBA from The Wharton School and an undergraduate degree from The London School of Economics. She is a Danish national, but has lived in Chelsea for many years together with her husband and three daughters.

Julian Simmonds has just retired as Chair of Governors of Notting Hill and Ealing High school after seven years where he played a key role in rebuilding and extending a major part of the school. He is also on the advisory council of the London Philharmonic Orchestra and a non-executive Director of one of the largest Russian banks, VTB Capital. He read Russian and Soviet Economics at the University of Surrey. In addition to Russian, he also speaks French and German. Julian’s entire 29 year career was spent at Citigroup from which he retired in 2001. At that time, he was the Executive Vice President responsible for all the trading businesses in the developed world. He is married with two grown up children and has lived in Chelsea since 2007. He enjoys running and working out in the gym.  He is also a Chelsea Academy Governor.

Serena is a brand consultant with over 20 years agency and client side experience, and was Head of Brand at Cancer Research UK before starting her own consultancy. In the last seven years she has focused her energies on working with charities and science organisations.  Serena brings a broad spectrum of brand, marketing and fundraising experience to the foundation’s board. She lives with her family locally and is an active part of the community.

Lindsey has many years of experience in corporate strategy and new product innovation, currently working as Head of Strategy, UK at Sky where she supports senior business leaders with critical challenges across all areas of the business. Prior to this she worked for over four years at the AA, where she created the Strategy function at the newly-listed business, and supported the business to expand beyond its traditional business areas. Her proudest achievement was the creation and launch of a new digital car management product in partnership with Uber, as a key part of their new, global driver loyalty programme. Lindsey also worked for over five years in strategy consulting at OC&C. In addition to her professional work, Lindsey has become increasingly involved with local organisations, and is currently volunteers her time on Hammersmith and Fulham’s residents-led Parks commission. She is a mother of two daughters (ages two and four) and has lived in west London for over 10 years.