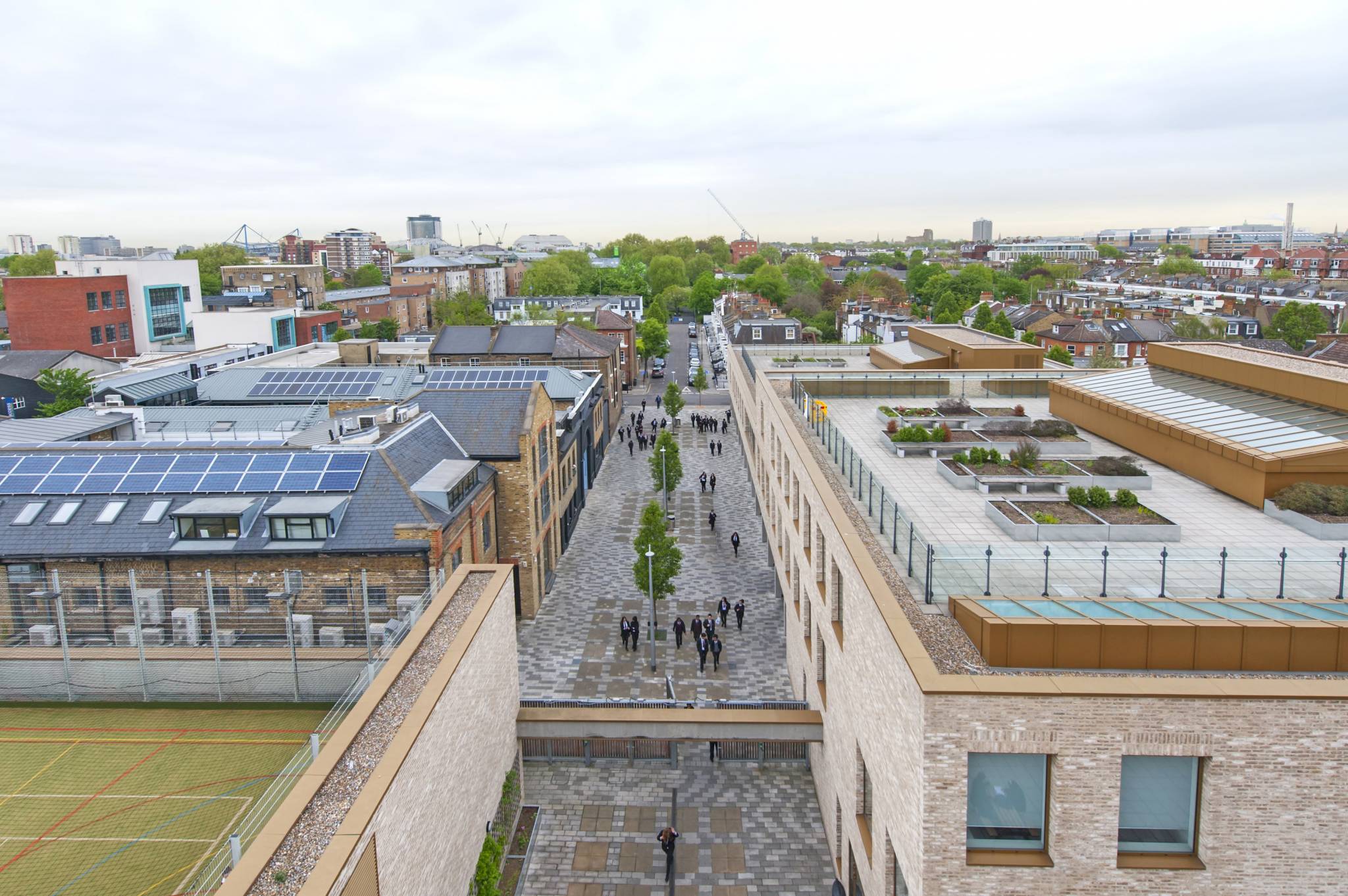 Home > About Us > Governing Board

Chelsea Academy has an experienced Governing Board (also known as the Trustees). The Governors can be contacted via the PA to the Principal, Katie Courtley either by email at katie.courtley@chelsea-academy.org or care of the Academy address. For the Governor’s Declaration of Interests and committee membership please scroll to the links at the bottom of the page.

Sarah has been a Governor in the Independent sector for a number of years. Her first term of eight years on the Chelsea Academy board started before the Academy opened and she was part of the development of the Academy as it grew to be the vibrant and successful place it is today.  She was proud to be associated with the Academy when it received its first outstanding judgement from Ofsted. Sarah returned as Chair of Governors in October 2017.  She sits regularly on Admission and Independent Exclusion Review panels in the Tri-Borough.  She has lived in the borough of RBKC for most of her life and her three children have been brought up here. She loves the many amenities on offer locally and supports the Chelsea Society in their quest to protect them. Sarah also enjoys the arts, visual and musical, and she also travels widely.

Sponsor
Vice Chair of Governors and Chair of Remuneration Committee

After reading Modern Languages and Law at university, Anna qualified as a solicitor in the City and then went to business school to obtain an MBA. Her career combined a spell in management consultancy with many years of practising as a solicitor in the City where she specialised in commercial and environmental law.  For the last 10 years of her legal career as a Partner, she set up and ran the risk, compliance, ethics and knowledge management function of a large firm. She retired from full time practice in 2014.  She is Chairman of Governors of an independent girls’ secondary school and is on the Development Committee of the Royal Ballet School.  Her interests include travel, walking, football, Egyptology and ballet.

Sam began working life as a History teacher, first at Latymer Upper School and subsequently at The Grey Coat Hospital. After training for ordination and undertaking a PhD in Theology at the University of Cambridge, he served in a parish in Southwark. During this time he was Chair of Governors at St Saviour’s and St Olave’s, a Church of England girls’ secondary school. He is currently Associate Vicar at St Luke’s and Christ Church, Chelsea. He is delighted to serve on the Governing Board of Chelsea Academy, and enjoys his visits to the school. In his spare time, he values walking and theatre.

Julian Simmonds has just retired as Chair of Governors of Notting Hill and Ealing High school after 7 years where he played a key role in rebuilding and extending a major part of the school. He is also on the advisory council of the London Philharmonic Orchestra and a non-executive Director of one of the largest Russian banks, VTB Capital. He read Russian and Soviet Economics at the University of Surrey. In addition to Russian, he also speaks French and German. Julian’s entire 29 year career was spent at Citigroup from which he retired in 2001. At that time, he was the Executive Vice President responsible for all the trading businesses in the developed world. He is married with 2 grown up children and has lived in Chelsea since 2007. He enjoys running and working out in the gym.

Mariella became the Principal in September 2020 having spent the past 25 years working in Hounslow secondary schools.  She has extensive leadership experience gained from working in urban schools that serve disadvantaged communities.  Mariella is passionate about excellent teaching and learning and the transformative power an outstanding education has on improving the life chances of young people. As a practising Anglican Mariella is delighted to be leading a CoE academy. She lives with her husband and three teenage daughters right under the Heathrow flightpath!

Jonathan is an Education Consultant specialising in Teaching and Learning, and Equality, Diversity and Inclusion strategy. He is a former Assistant Head Teacher at King’s College London Mathematics School and has taught both physics and mathematics for 12 years in a variety of schools across the country. He graduated with a First Class Master’s degree in Theoretical Physics from Imperial College London, and continues to be passionate about representation and social mobility as Managing Director of The Blackett Lab Family, a network of UK based Black physicists.

After graduating from Durham University with a degree in Politics and Social Policy, Sue spent thirteen years in Procurement roles, working in the furniture, travel, telecoms, and FMCG sectors.   The arrival of children in 2004 marked a change in direction, though negotiation skills are very much still required when dealing with her two boys, Jack and Luke.  When Jack started school, Sue decided to get involved in education as well, spending eight years as a Governor of a local primary school. She became a Parent Governor at Chelsea Academy in the summer of 2016, where she is keen to strengthen the links with the parent body and encourage parental involvement in school life.  As a fluent Italian speaker, Sue takes every opportunity to travel to the region of Abruzzo in central Italy, where she continues her quest to produce the perfect risotto.

Following a childhood spent in a rural Cheshire village, Hazel studied in Bristol and York before moving to start her teaching career in West London. From the outset, she was passionate about special educational needs (SEND) and the agenda around inclusion. She also gained experience in the many aspects of school leadership and was employed in a variety of leadership roles over thirty years. Although recently retired, she continues to be involved with two secondary academies. While new to the role of school governor, Hazel has regularly attended governing body meetings as a senior leader. She is married with two adult children and particularly enjoys walking and time spent outdoors.

Laura’s career has been in education, beginning as a teacher in a bilingual classroom and eventually moving into management, administration, advisory and volunteer roles.  She currently holds various positions with institutions from primary through post graduate levels, in the UK and the US.  Laura is the recently retired Executive Chairman of the Thomas’s Schools Foundation which works with more than 40 central London primary schools and community centres, helping them to address a range of challenges. She is an experienced school governor and currently serves on the governing body of the Fox Ashburnham Primary School Federation, Alleyn’s School and Wellesley College (US) and on several advisory boards at Harvard University. Laura is married, has four children and has lived in Chelsea since 1989.  She holds a BA (Latin American Studies) from Wellesley College (USA).

Tabia was one of the first pupils to join Chelsea Academy when it opened its doors in 2009 and has become the first alumna of the school to join its governing board. As well as achieving top GCSE and A-Level results, she immersed herself in a wide range of extra activities offered by the Academy including a trip to the European Organization for Nuclear Research, known as CERN, and also represented the UK in an international Maths competition. She went on to study for an undergraduate degree in Computer Science at King’s College, London and then a Masters in Biomedical Research (Data Science) at Imperial College. Following a summer internship Credit Suisse, she joined the global financial services firm as a Technology Analyst.

Cat grew up in rural Sussex but now lives in Islington. Following a Masters in Engineering at Oxford, Cat pursued a career in Management Consultancy working across the UK and including a brief spell in Shanghai. Cat was then fortunate to be admitted to Harvard Business School, and enjoyed the 2 year MBA program in Boston followed by a year Investment Banking in NYC. She is now delighted to be back in London working in Operations and Strategy Planning for Facebook, and enjoys Netball and playing with her niece. She is delighted to be joining the Board of Governors.